Are you a fan of the website Pinterest? For those who are not familiar, Pinterest is a social media website where people can collect, organize, and share photos on virtual “pin-boards”. A user can often click on a photo and go to a webpage offering more information. I enjoy collecting gardening information on Pinterest, but I’ve noticed that sometimes incorrect or unproven information gets shared over and over. Here are examples.

Lemongrass (Cymbopogon citratus) contains aromatic oils that have been shown to repel mosquitoes. The oils are not as effective as commercial repellents containing DEET and don’t provide the same duration of protection, but are an alternative if you want to avoid DEET. Crushing lemongrass releases the oils, which may provide some protection against bites. Plants don’t release much oil unless leaves are crushed, so having a pot of lemongrass on your deck won’t repel as many mosquitoes as using a repellent on your skin or clothes. It is an attractive plant and can also be used in teas and Asian cooking, so it could be worth a try. For more information about lemongrass, including growing tips, see http://wimastergardener.org/?q=Lemongrass. 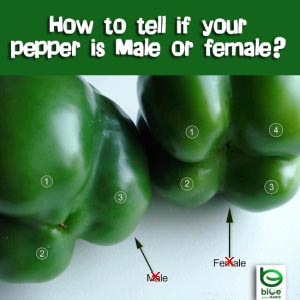 I’ve seen multiple pins that claim“Flip the peppers over to check their gender. The ones with four bumps are female. The ones with three bumps are male. The female peppers are full of seeds. You can save yourself some money by getting the males” or that “female peppers are sweeter”. Both of these statements are false. Bell pepper plants have perfect flowers, meaning that both the male and female structures are contained in the same flower. Fruits (and in botanical terms, a pepper is considered a fruit) are ripened ovaries of the plant, usually containing seeds. Pepper flowers are androgynous, and the fruits are genderless. Some plants do have male and female flowers (melons and squash, for example), the female flowers are the ones that bear fruit, and the fruits themselves are genderless. As for the different numbers of bumps on the peppers, the amount of seeds, and the sweetness – all those characteristics are due to selective breeding of pepper varieties and growing conditions in your garden. Four-bump peppers are not necessarily sweeter than three-bump peppers, nor to they always contain more seeds.

All photos from Pinterest.com